When we think of the first Thanksgiving, we picture turkeys, cornucopias, and Native Americans seated next to pilgrims, all giving thanks for the bounty before them. The actual story is a lot more complicated and a lot less ideal than most people realize.

In September of 1620 the merchant ship Mayflower, which normally carried cargo, set sail from Plymouth, England, with more than 100 passengers, headed to the new world, where they hoped to find a different life. It was a rough and arduous journey, and after finally reaching their destination the first November passed with them mostly confined to the boat, where more than half of them died. It was the following year before they had settled and celebrated their first feast.

In the newest episode of the Taste of Harmons Podcast, Chef Lesli Sommerdorf and Brandon Young are joined by frequent “record-holding” guest Aaron Ballard, who is the executive chef for Harmons. Chef Aaron knows his food and food history, and he takes a deep dive into what exactly the pilgrims were eating and drinking the first and second years after they arrived in America.

The rations for the group included hard tack (dried bread which really is hard), split pea soup, dried meat, salted cod, and smoked herring. Chef Aaron surprises our hosts with actual samples of some of the foods, giving them a first-hand look at what dining on the ship entailed.

A ration of beer

One particularly interesting note about the journey was they did not drink water, but instead received a daily ration of beer, which Chef Aaron says contributed to their success (at least for those who made it).

After the fascinating foray into history, the discussion travels back around to more recent Thanksgiving feasts, and Chef Aaron also explains some interesting and little-known facts about the first Harvest Feast, as they called it.

For us today, Thanksgiving means turkey, stuffing, mashed potatoes and gravy, sweet potatoes, and pumpkin pie. But how did we get here? How did turkey end up signifying the holiday meal?

You’ll want to listen to the episode to hear more, along with discussions about more recent Thanksgiving food traditions.

Chef Aaron also shares more about the dinner he shared with the Diestel family, which resulted in their pecan-smoked turkey breast.

While we have faced numerous challenges in 2020, Harmons is still here to help with your Thanksgiving meal, and you can see all our meal options here. Make sure you make your purchase early, as for the first time we will not be open on Thanksgiving Day, to allow our associates the time to spend giving thanks with their families.

And as always, we have tons of recipes to help you in your meal planning.

With the current pandemic still raging, most celebrations will be scaled down, but your small dinner can still be special. Dietitian Ashley Quadros has some great ideas about enjoying a Thanksgiving for two.

Whatever you do this holiday season, we at Harmons wish you a very abundant and happy Thanksgiving. 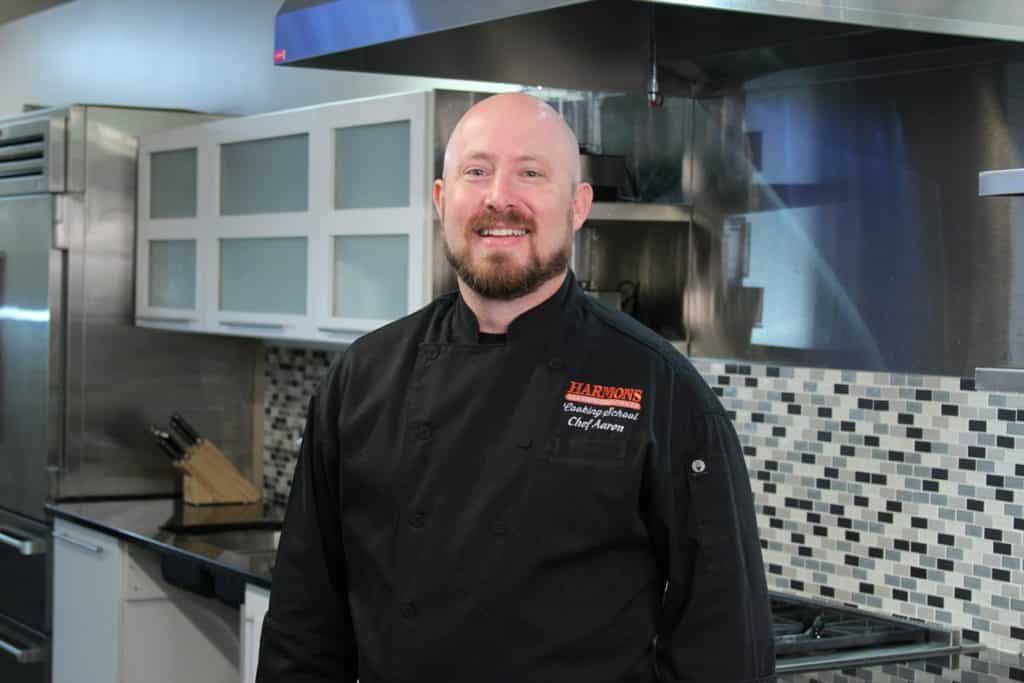 Experimenting with new tastes and flavors is second nature to Chef Aaron Ballard. He started playing in the kitchen at a young age and immediately began cultivating his love of cooking and fine food. Chef Aaron started his journey of food exploration with his parents inviting him to try new foods. If you offered him food, there were few things he refused—he tasted everything from Pacific Northwest oysters fried fresh at Pikes Place Market to pungent durian from the local Asian Market.

Taste was an adventure he rarely passed up.

Chef Aaron worked in the food manufacturing and beverage industry for a decade before following a lifelong dream that eventually led him to attend culinary school at the Culinary Arts Institute at Utah Valley University. Chef Aaron’s first lessons however were at the foot of his grandfather who was a chef. “Watching my grandfather cut open a loaf of bread was a lesson in gratitude and delight. You could see him honoring the process, savoring the ingredients, and deconstructing the method before the food even hit his lips.” Chef Aaron has carried on that tradition creating “life changing” moments for his students.

Chef Aaron has worked as a Kitchen chef, cooking school chef, and now serves as Harmons Executive Chef. When he is not cooking or writing new recipes, Chef Aaron immerses himself in fine food, brewing, music, and family. “Nothing spells joy in my life like being outside on a late summer evening with a sizzling grill, a glass of wine, and a guitar in my hand singing with my family and friends.” 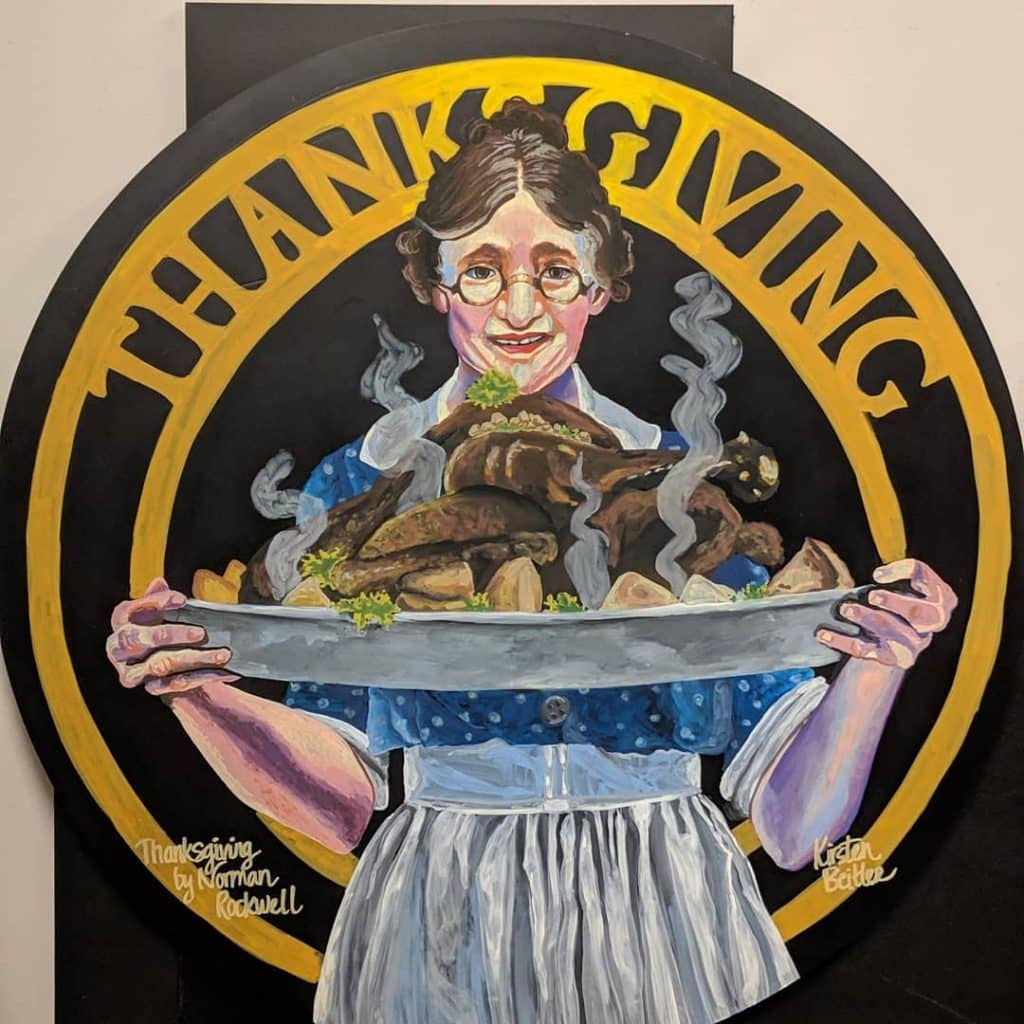 At Harmons, we are lucky to have incredibly talented artists at each store, and we’re sure you’ve seen their amazing chalk art as you wander throughout every location. We’re excited to be able to feature some of their work as the featured art on our podcast blog. This week’s art is by Kirsten Beitler from our Santa Clara location.