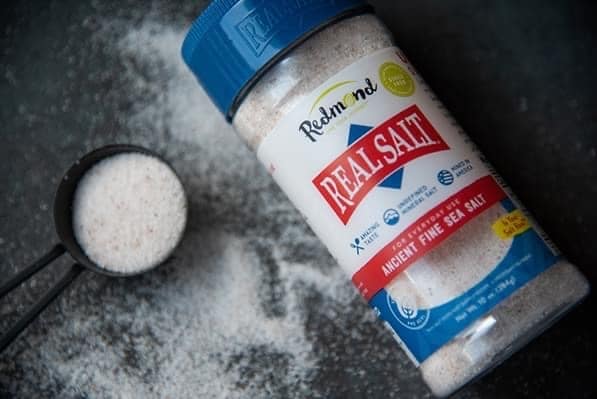 Redmond Real Salt is the “real” deal when it comes to salt. At Harmons, when creating our made-fresh-in-store items it’s the only salt we use. And there is a very good reason for that. It’s natural, clean salt, which tastes very different than iodized salt. And not only is the taste better; so are the health benefits.

So, where does Redmond Real Salt come from? Darryl Bosshardt, grandson of one of the original founders, joins our hosts to share the backstory behind the successful business. Salt is a natural topic in the state of Utah, considering we still have a large body of salty water, the Great Salt Lake, which is visible from the Harmons offices. But that’s not where Redmond gets their salt from. About two hours to the south of the Great Salt Lake there is an ancient seabed, a remnant of the Sundance Sea, an inland sea that existed in North America during the mid-to-late Jurassic Period of the Mesozoic Era (think dinosaurs).

Fast forward to 1958, when a prolonged drought forced the Bosshardt brothers to abandon their farming lifestyle in central Utah. Aware that Native Americans had once harvested salt rock from their farmland, Milo and Lamar Bosshardt borrowed a little money and went into the salt business with little more than sledgehammers, picks, and a determination to provide for their families. Their salt deposit provided a naturally balanced mineral salt that local ranchers credited for healthier herds. As the salt’s reputation grew, the Bosshardt brothers purchased land from their neighbors, giving them access to the entire deposit, estimated to extend several thousand feet below the surface of the earth.

Today, the family continues to mine the salt and Darryl is proud of their legacy, one that started with his grandfather and great uncle.

While many salts contain anti-caking agents and even dextrose, and others have been heat-processed and stripped of their natural trace minerals, Redmond Real Salt is unrefined and full of natural minerals and flavor. Not only is the taste different, but so is are the benefits to your health, as everyone needs salt to survive. Just not the high sodium, processed, chemical-tasting salt many people are used to.

The mine where they work is underground and large but does not really resemble other dangerous types of mines that quickly come to the mind. You’ll want to visit their website to see the very cool pictures of just exactly what the mine looks like and tune into the podcast to hear Darryl go in-depth into the fascinating world of salt mining.

You Can Taste the Difference

As we mentioned before, Harmons exclusively uses Redmond Real Salt, including in our artisan bread and Kitchen items. We believe you can taste the difference.

Along with their culinary salt, they also provide products for salting roads and agricultural purposes. They also have a body care line, including toothpaste, and you can even buy some clothing featuring their amazing products.

Make sure you listen to the podcast to get the skinny on Redmond Real Salt’s unique product and learn all the ways you can enhance your food and elevate your cooking. 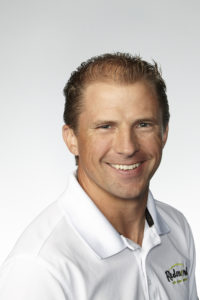 Darryl Bosshardt is passionate about healthly living, healthy eating, and life-long learning. Darryl grew up working for the family mineral business in Redmond, Utah, and then earned a bachelor of science degree at Southern Utah University followed by an MBA at Western Governor’s University.

If you enjoyed this podcast, you’ll want to listen to our other episodes. You can find them here. Recent episodes include The Science of Bread with Jason Lindsay and Meet Harmons Cooking School Chef Daniela Oliveira.

At Harmons, we’re lucky to have incredibly talented artists at each store, and we’re sure you’ve seen their amazing chalk art as you wander throughout every location. We’re excited to be able to feature some of their work as the featured art on our podcast blog. This art is the work of Kirsten Beitler, the artist at our Santa Clara location.